FALL RIVER: The province of Nova Scotia is ready to crack down more on those who flout the Public Health Measures, but they would rather not, the Premier said on April 26.

During the question period from reporters, The Laker News asked Premier Iain Rankin if they determined the increase in fines from $1,000 to $2,000 for a first offence wasn’t working, what options existed for the province to do more against those rule breakers who didn’t follow the guidelines.

Premier Rankin answered they wish to focus more on a collective effort of good will among residents to follow the guidelines, for the betterment of all.

“We’re trying to be somewhat reasonable with the fine amount but doubling it we thought would send a strong message to those we know were flaunting the rules as if it didn’t matter to them,” said Rankin on April 27. 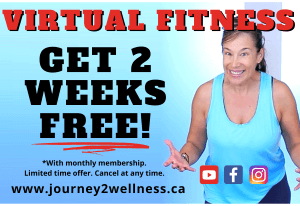 “We don’t want to focus as much on enforcement as we do the collective that we all can play are part. I think most Nova Scotians are doing that.”

He said the province felt they needed to have stronger consequences.

“We felt we needed a bit more of stronger of a deterrent,” he said. “If we need to increase it again, we will, but we will see how this goes so far.” 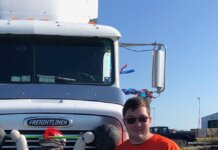 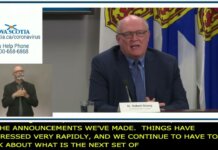 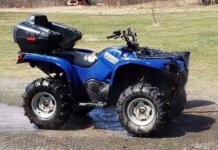 Theft of ATV in Latties Brook under investigation by police