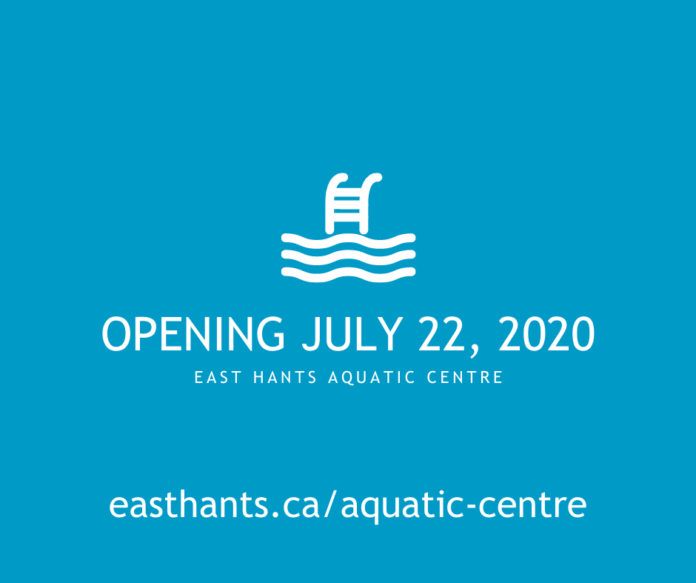 ELMSDALE: The East Hants Aquatic Centre is set to officially open on July 22.

In a release on July 10, the Municipality of East Hants (MEH) officially announced the opening date for the $19 million facility. It was initially scheduled to open March 16, however remained closed after COVID19 forced it to be put off.

“Our programming will look very different from what we had planned but there will be opportunities for lane swimming, aquatic fitness classes and a special “bring your pod of 10” swim schedule,” said Jody MacArthur, spokeswoman for MEH. “Swimmers will need to register and pay in advance.”

She said more details will come next week.

“We’re excited to finally open up to the public and introduce you to the new East Hants Aquatic Centre,” said MacArthur. “So swimmers… take your mark, get set and be ready to dive right in on July 22.”

From the Firehouse – July calls