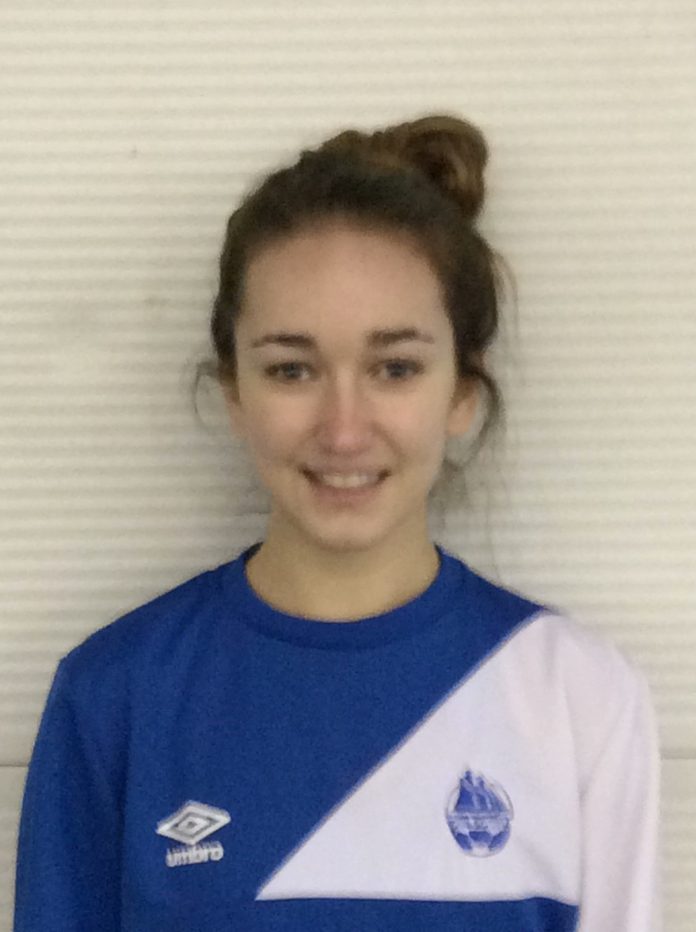 FALL RIVER: A dream has come true for a Fall River soccer phenom.

Taylor Green, who graduated this past June from Halifax West, is beginning her freshman year at Queen’s University playing with the Varsity Soccer women’s Gaels, while studying the Bachelor of Science Nursing program.

Green, who just represented the province at the recently held Canada Games where she brought home a bronze medal, is one of the first graduates from the Canada Soccer Association IGNITE Program, which began in Halifax in September 2014. She had been a student at Ash Lee Jefferson and Georges P. Vanier receiving several academic and athletic awards including athlete of the year in grade 7 and grade 8.

“In Grade 10 I had the distinction of becoming an IGNITE High Performance student athlete (Soccer) and as a result was required to attend Halifax West High in order to facilitate the athletic training and academics,” said Green.

Nova Scotia’s Sports Centre Atlantic’s IGNITE program is a sport specific approved high performance training group with nationally recognized athletes which require an enhanced training plan which provides flexibility with the student’s needs to study and compete at the highest level possible. The Ignite Program is offered through Sports Centres throughout Canada. This program translated to about 15 hours of training per week, in addition to nutritional and sport psychology sessions on top of a demanding course load and daily travel, sometimes more than once, to and from her home in Fall River. She also often travelled for training and competitions.

“I had my eyes set on Queen’s because of its exceptional academic standards, I was swayed when they recruited me to play on the pitch,” said Green, who received both athletic and academic scholarships from Queens.

Despite her travels and schedule, she continued to coach younger athletes and volunteer in Fall River throughout Suburban Soccer and was awarded Suburban FC Gregory Pentz Memorial Bursary for her dedication and leadership in her soccer community. She also was recognized in June 2017, through the Nova Scotia legislature, for her commitment and contribution to youth Mental Health as she created and implemented the first ever Halifax West High School Mental Health Expo.

Queen’s Head Coach Dave McDowell said the Gaels are excited to have Green join them.

“She’s a dynamic and talented athlete that gives us some different options in our midfield and expect that she will make an immediate impact in her first season,” said McDowell. “It’s been a few years since we’ve had any recruits from out east and we’re looking forward to Taylor’s arrival in Kingston.”