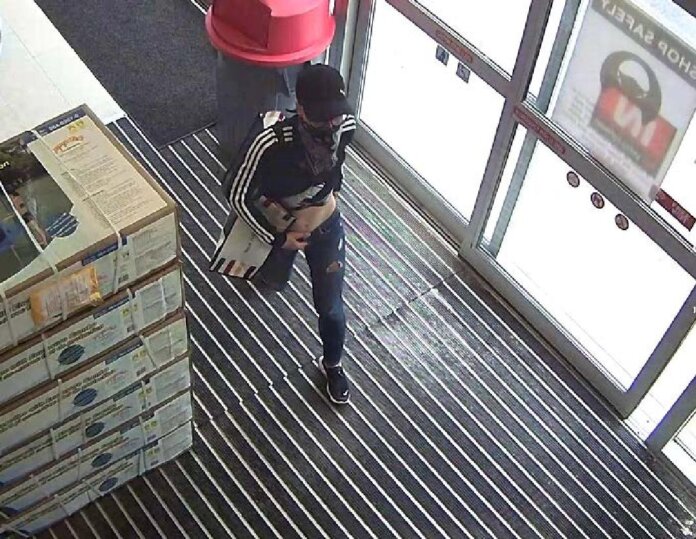 ELMSDALE: East Hants RCMP have released photos from surveillance video of a woman who shoplifted from the Canadian Tire in Elmsdale on Aug. 9.

The suspect, described as female, about five-foot-two in height with long hair, dark ball cap, jeans and glasses, made off with a set or oars, life jackets and hip waders.

She forgot one major item, a boat!

Photos of the suspect below from RCMP provided to The Laker News:

The water enthusiast was seen exiting the store through a rear emergency exit door and may be connected to a White Toyota Rav 4 which was seen in the parking lot at the time.

When she is caught you know what creek she will be up and without a paddle!!

Police are are looking for the public’s assistance in identifying the person responsible for the theft as well as the driver of the White SUV.