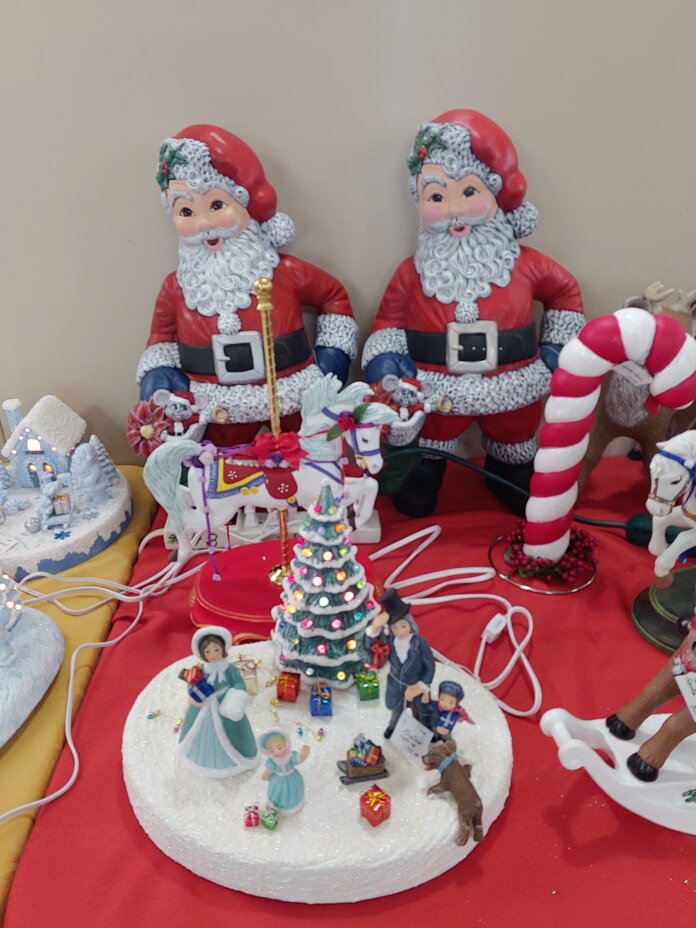 MILFORD: A community Christmas craft show is about to embark on a milestone anniversary this November.

In-Hants Craft Co-op will be celebrating its 40th anniversary when it takes place from Nov. 11 to Nov. 13 at the Milford Recreation Hall in Milford.

Admission is free and there will be daily door prizes. As well, cash, credit and debit are accepted and this year organizers say they plan to have a cash only line to make things go smoother at the checkout for customers.

Jacki Chandler; Cheryl Dillman; and Laura Thompson are three of the ladies behind the scenes feverishly working to put the finishing touches to this year’s event, aiming to have it back to the way it was pre-pandemic.

Oh, and the three are tending to their families and their full-time jobs on top of putting in the long hours to make In-Hants Craft Co-op another beaming success, especially in year 40.

Jacki Chandler remembers going to the craft show when her mom was involved. That’s how she became involved.

Dillman said it started small with about a dozen crafters and has grown to the 50 they have now and have been upstairs in the rec hall for some years now.

The experience at In-Hants Craft Co-op is different then most shows, and that’s what made it a success and continuing on after 40 years. Thompson explained what has led them to their longevity.

“When most people think of a craft show they think of vendor tables, and anybody and everybody sells at a craft show,” said Thompson, inside her Gays River area home recently. “What sets us apart is we’re co-op so we’re membership based. We don’t have Tupperware, Scentsy, or anything like that at our craft co-op.

“Everything has to be handmade.”

Thompson said she thinks she knows what people like the most about their craft show.

“I think people enjoy that it is an actual shopping experience,” she said. “We don’t have the vendor tables; you don’t have to buy at each table. You actually shop and then pay at the end, at the cash table. That’s your experience.”

Dillman said she thinks it’s grown so much because of its layout.

“We are such a well-known show, a lot of people can’t wait for the Milford show,” she said. “People come from across N.S., even out of province and shop for their handmade Christmas gifts at our show.”

Chandler said they try to have a wide assortment of crafts and have a waitlist of people who want to become members of the co-op.

Another thing that sets them aside is all its members—so in the In-Hants Co-op case all 50 members—are involved in the event volunteering during the event, plus helping with setup and tear down.

“It takes all the members to pull it off and make it a success as it has been for the past 40 years,” said Thompson.

One has to wonder what keeps Dillman; Thompson; and Chandler coming back each year to organize and put so much time and effort into it.

“You have too,” said Chandler. “It’s like family. We only get to see some of the people once a year at the craft show.”

And they continue to have fun that’s why they keep coming back.

In-Hants Craft Co-op is looking at doing something special to mark its 40th anniversary occasion.