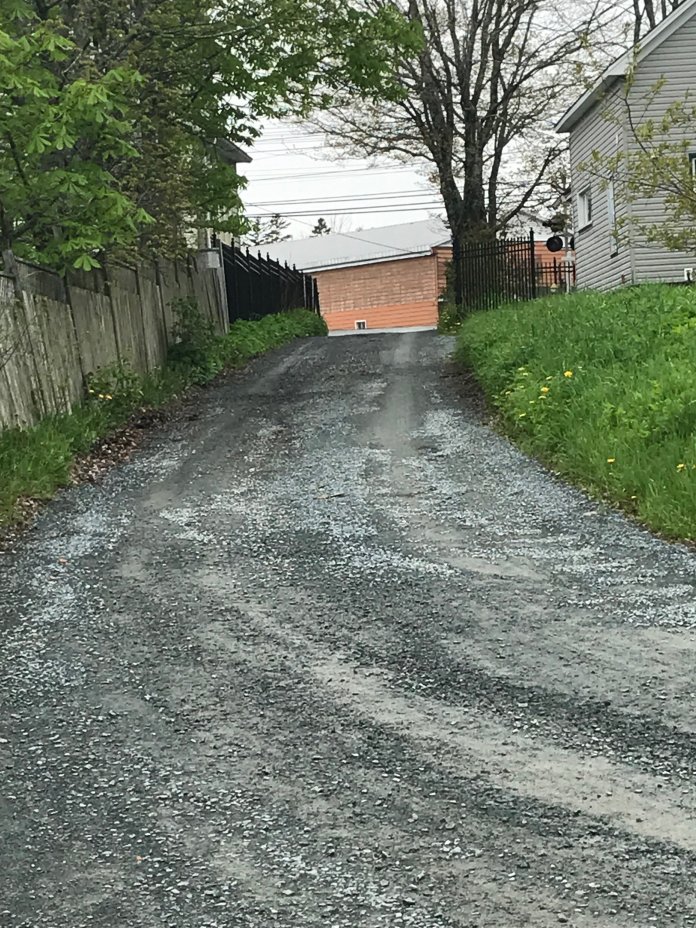 It seems that the Estate of Sydney Stephen owned a small parcel of land that included the driveway and to the right side of Community Centre Lane, where four or five neighbours live.

Colleen Menard, president of the WJCC volunteer board, explained that she and the facility’s lawyer Paul Miller attended the estate sale where they bought the land.

“It came up for auction,” said Menard. “It was posted in the newspaper. We discovered that was available, we got a hold of Paul to see what our options were.

“The land is between the homes and the railway tracks.”

Patsy Tench is one of those neighbours who lives on the lane that is part of the sale and now ownership of the WJCC. They are finalizing the paperwork, and then will be meeting with the neighbours to discuss options.

“We will be speaking with all of the neighbours that live there to figure out the next steps,” said Menard.

Tench said residents were going to go to the auction and bid on it as well, but when they found out the WJCC lane was they stepped back.

“The residents had been interested in purchasing it, but when the WJCC found out about it we agreed to not attend and backed down to not purchase the land so the community centre could have the driveway,” she said.

They hope that discussions will continue in subdividing the land so the residents own their driveway and the WJCC own theirs.

Menard concurred that talks will continue.

“The best way to move forward is going to depend on what works best for each individual neighbour,” she said. “I think it’s really workable.”