GRAND LAKE: Scott Hope has announced he has put his name forward for the N.S. PC Party nomination for Waverley-Fall River-Beaver Bank in the next provincial election.

From Grand Lake, Hope is a passionate small business owner and former Canadian Forces member. He was part of the first graduating class from Lockview High. He obtained his Red Seal in Culinary Arts from NSCC (2005) and is a graduate of Marine Engineering from Memorial University (2012).

Hope spent seven years working as a Marine Engineer in the Navy. When his contract was finished he followed his culinary ambitions and won the contract for a small eatery on base at CFB Stadacona.

He established the Main Sail Café in 2014 and it’s still a mainstay on base today.

Hope’s interest in politics started from a young age when he was surrounded by grandparents involved in political initiatives.

“I remember both of my grandfather’s feverishly putting up signs and speaking on the phone to constituents building support for their nominees,” he says. “More recently, having a young family, it has become clear to me that creating a better province for my children to grow up and thrive in is important.

“I want a seat at the table to help make that happen.”

Hope is the grandson of Delphis and Edith Roy, Beaver Bank residents of 40 plus years. He considers Beaver Bank a second.

He knows that the pandemic has proven to be a difficult time for small business, for families and for communities.

In August, amid COVID-19, Hope became a member of the Wellington-Fletcher’s Lake Community Hall board and embraced an opportunity to revive the Community Kitchen providing food services to the community of Wellington and surrounding area.

“In the short time since this has been established, we have been able to increase membership for this not-for-profit and grow community spirit,” he said.

He says he’s excited by the opportunity to represent an area with so much potential.

Hope said inadequate timing of healthcare, under-funding and delivery of the education system and maintaining a balance between nature and growth in private and public sectors are just a few of the issues on which he plans to focus.

The candidacy deadline was June 2. Hope and Brian Wong were the only two names to put themselves forward.

A nomination meeting will be held in the coming weeks to decide the party’s candidate for the riding. 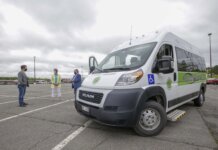 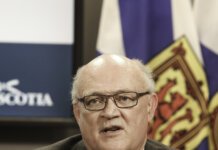 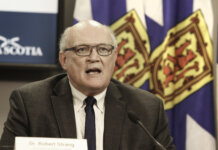