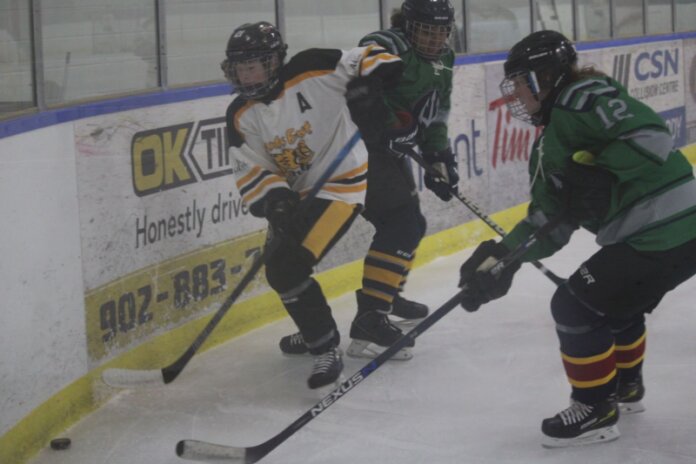 LANTZ: It was the start the Hants East Rural High School Tigers girls hockey team was looking for to their 2022-2023 season.

HERH, coached by Dave Totten and Cassidy Totten, had offence from their top players in the game, played on Oct. 31 at the Keith Miller Arena in the East Hants Sportsplex in Lantz.

Abby Boutilier and Olivia Goodyear are assistant coaches with the Tigers.

Hants East was led by Dahlia Dawe with five goals in the 9-0 win over Island View.

Ellie Isenor contributed the other four goals for the winners.

Liberty Isenor picked up five assists, while Sydney Babineau had her name down for three helpers.

Also contributing were Kelsey Brothers and Eva Patey with two assists each, while single helpers came off the sticks of Jorja Barkhouse and Sheridan MacDonald.