EAST HANTS: The Chief medical officer of health said “miscommunication” is what led to a letter home to Hants East Rural High School students saying all students and staff had to get tested after a COVID19 case connected to the school was discovered.

On May 1, a letter was emailed home to parents of students at Hants East Rural High from the school after Public Health confirmed a positive COVID19 case connected to the school. Initially the letter said all students and staff were to get tested.

However, a couple hours later an updated letter went home to parents/guardians indicating only close contacts contacted by Public Health had to get tested.

This came after several parents were proactive booking their son/daughters tests for the next day May 2 or the days ahead.

Video from the May 3 COVID19 Briefing where we asked the question. Video edited by: Dagley Media

Dr. Robert Strang addressed the change in messaging during the May 3 COVID19 press briefing when asked about it by The Laker News.

“There was some miscommunication from Public Health in working with the school administration,” said Dr. Strang. “When we work in a school, it’s the identified close contacts that we recommend for testing.

“It’s like everybody else in the province, we’re saying you should consider getting asymptomatic testing. There was just some miscommunication there, unfortunately.”

The letter continued on saying the school will receive a deep cleaning this weekend. “At-home learning will go ahead as scheduled next week.” 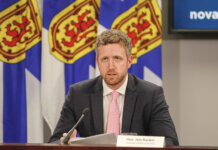 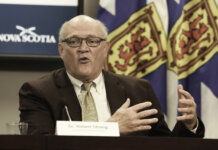