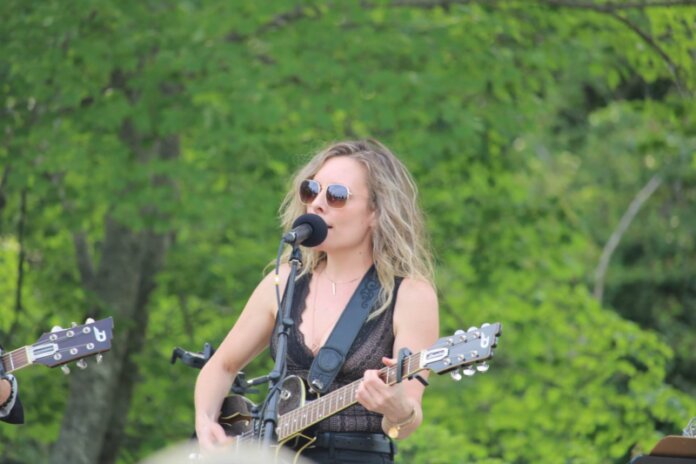 WAVERLEY: The soothing sounds of an East Coast Music Award winner serenaded the village of Waverley on July 24.

Martin was the featured performer during the Summer Concert Series that is happening on the Waverley Village Green through the Waverley Community Association (WCA) on this sunny night.

A fair sized crowd came out to hear the ECMA winner perform at the summer concert series.

The event had Hoppy Wheels; Miller’s Kettle Corn; and the Waverley Legion on hand on the BBQ.

Kevin O’Halloran is the man behind securing the talent for the Village Green Summer Concert Series, which wouldn’t be possible without the support of Heritage Canada.

The concert series continues Aug. 3 with The Town Heroes performing, with Ukrainian classical violinist Inna Klymenko (who we featured as one of two girls from Ukraine that are now hosted by a Fall River family) accompanied by Vladimir Sitnikov opening the show at 5:30 p.m.

On Aug. 7, it will be a Full band concert with Morgan Toney and Keith Mullins beginning at 6 p.m.

Here are some photos from the performance by Martin on July 24 as snapped by our Pat Healey: