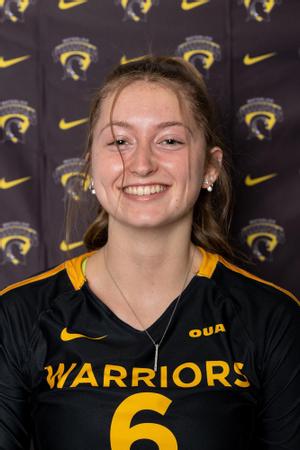 WATERLOO, ONT.: With four games left before the Holiday break, Molly White and her Waterloo Warriors girls volleyball team sit atop the OUA.

The Warriors are 5-1 (won-loss) through six games in the Ontario University Athletic league play, sitting just ahead of four teams that have eight points (Brock, Queens, Western, and McMaster).

In the game Nov. 12 against Lakehead, White, a Fall River native, has one kill during her rookie season with the Warriors.

The team will then take the holiday break and return to play Jan. 6, 2023.