HALIFAX: With questions on the Carr Farm development in Fall River and why the public hearing is heard at regional council at city hall, rather than in the community they impact, we thought we would take those questions and try to get it explained by HRM Planning.

The Carr Farm development proposal is coming to as public hearing before HRM Regional council on March 5 at 6 p.m. at city hall in Halifax.

Thea Langille, Principal Planner with HRM Planning, spoke to The Laker on Feb. 15 to clarify and answer our questions.

“The proposed application results in a change of policies, so that means there’s a change to the Municipal Planning Strategy, and that is within the jurisdiction of regional council,” said Langille. “It’s a decision that must be made by them and regional council holds all their meetings at city hall.

“Therefore, the public hearing which is in consideration of this policy change is held in council chambers.”

She explained that just like if there were amendments for developments in Sheet Harbour, Preston, or other areas they too would come for a public hearing before regional council at city hall.

Langille used a recent public hearing as a perfect example of people for or against a project having to come into Halifax for it.

“One example would be the proposal for an asphalt plant out in Tantallon that would result in a policy change,” she said. “That public hearing was held at city hall in council chambers before regional council.”

She talked a bit about what would take place at a public hearing, where councillors will hear staff’s presentation; from the developer; and the public, for or against, the project.

“Staff will first provide an overview of the staff report. There is an opportunity for the developer to speak. I think they have 10 minutes,” said Langille. “Council will ask questions of both staff and the developer, then they open the public hearing to anyone from the public who wish to speak for or against the proposal. They are given five minutes each.”

Langille said the time limit of five minutes is to ensure council can hear from everyone within the time frame.

She said council will allow the developer to respond to any new type of questions or information, and then they will ask their questions before making their final decision, typically on the same night o0f the hearing. But there’s a chance it may not happen then.

“There are circumstances where council may be seeking additional information or choose to decide something other than make a decision that evening,” Langille said.

Langille acknowledged that she’s started the planning with city hall to employ their system for the usage of an overflow room, with a TV where people can watch the hearing. There will be groups of people taken every few minutes up to council chambers to speak.

She reiterated the public still has time to have their voices heard on the topic, even if they can’t make the meeting.

“The public hearing is the time for the members of the community to come and speak and share their concerns on a particular project,” said Langille. 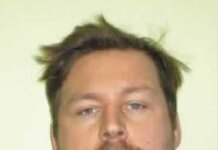 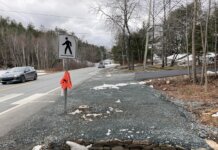 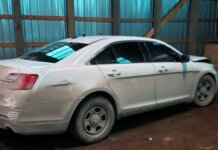