FALL RIVER: It is something that Cathy Deagle-Gammon first dreamed about becoming four years ago when she put her name in to run for municipal councillor.

At that time, she came out as the runner-up among six candidates vying to represent District 1 Waverley-Fall River-Musquodoboit Valley to winner and the well-known Steve Streatch, who won the seat by almost 450 votes.

Flash forward four years, and it was Deagle-Gammon using some discontent within the communities that comprise District 1 to unseat Streatch unofficially by a nail biting 74 votes.

The final count is still to be announced-that’s expected from HRM by Oct. 21-but the tally online shows Deagle-Gammon, the soon-to-be former Executive Directors at Dartmouth Adult Service Centre in Dartmouth, winning with 3,068 votes compared to Streatch’s 2, 994. Business owner Stephen Kamperman was third with 1,006 votes, while retired Veteran Art Wamback had 206 votes in his name.

“Oh, my land, it was a nail biter, it’s so very close,” said Deagle-Gammon, her Cape Breton accent very evident. “We took all the lessons from four years ago, realized where we needed to shore up our team and what we needed to do.

“We put good use to those four years being a volunteer in our community and getting known. It has paid off. Just an incredible team.”

She is thrilled to see so many women elected to the councillor’s role this time around.

“I think it’s going to make for an amazing four years,” said Deagle-Gammon. “I think it shows that HRM is ready for a change. I think it is thrilling so many women ran in this election.

“It’s time for a change, time to have a nice gender balance, and hopefully an inclusive and diverse council. If that is what we have then that is how we will represent this municipality well.”

Deagle-Gammon spoke about shoring up the Musquodoboit Valley and making them feel as part of the district.

“My job is to earn their respect and do that through my behaviour and demonstrating good and open communication, listening and making sure they are represented,” she said. “There are 47 distinct communities within District 1, and everyone is individual and should be treated that way, respected, and heard.”

Streatch passed on his congratulations to Deagle-Gammon saying he conceded defeat to her.

“I offered my willingness in a transition period over the next few days and wish her the best as the new representative for the district,” he said.

When asked what he thought the difference maker was which led to his loss, he felt the community had an attitude of wanting a new direction.

“I think there was a mood for change in the Fall River area,” said Streatch. “When you look at the polls, we did very well in our home community the Musquodoboit Valley, but at the same time there were a lot of voters looking for new options and obviously a new direction.

“I respect the voter’s decision. I always say, and will continue to, that the voters are always right.”

Because of the vote difference being under 100, there could be a recount asked. When Streatch was asked in a Twitter DM if he would seek a recount in a twitter message, Streatch replied saying “not likely.” 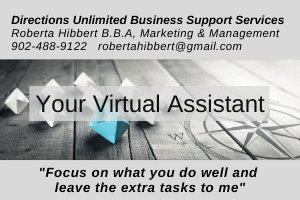 Streatch chuckled when asked what is next for him. He said first thing is for him and his team to take down all the campaign signs throughout the area, something he expected to start on Sunday.

“We’re going to get our signs put away and then I’m going to take a few weeks with my family and reflect on tonight’s result,” he said. “We’ll talk about where we go in the future very soon.”

Deagle-Gammon said the result showed how both she and Streatch had respect in the District 1 community.

“We’re just so excited with the result,” said Deagle-Gammon. “It was so close, which means there is great respect for Councillor Streatch, so I congratulate him. This close of a race means there is much respect for you from our residents.

“I’m hoping in the next four years we will also see that kind of respect.” 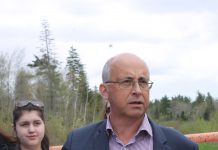