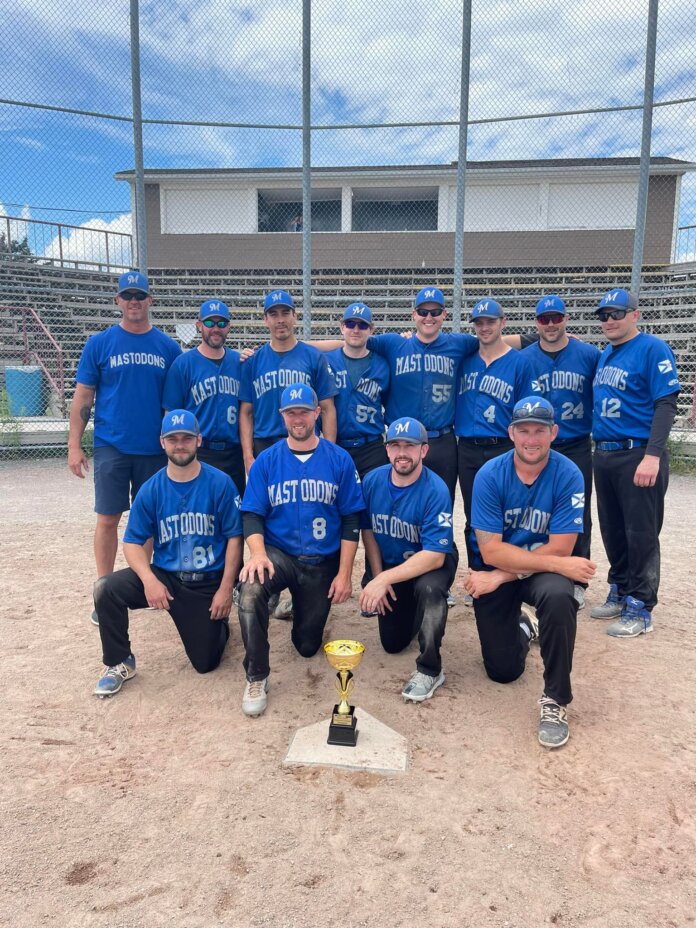 The Mastodons were one of the teams from the Maritime Fast pith League that took part in the Drew Power Memorial Tournament, hosted by the Chukie’s Sports Excellence Fawcetts at Central Field in Charlottetown.

A day before, there was a few hours of a rain delay, but round robin play was able to be completed on the night of July 2.

East Hants was first at 3-0; The Fawcetts were second at 2-1; N.S. CanadaGames, with several East Hants area connections; and the N.B. Canada games team
The Mastodons defeated the N.S. Canada Games team by a final of 13-6.

East Hants Bryan Gillis was named tournament MVP for his at bat performance.