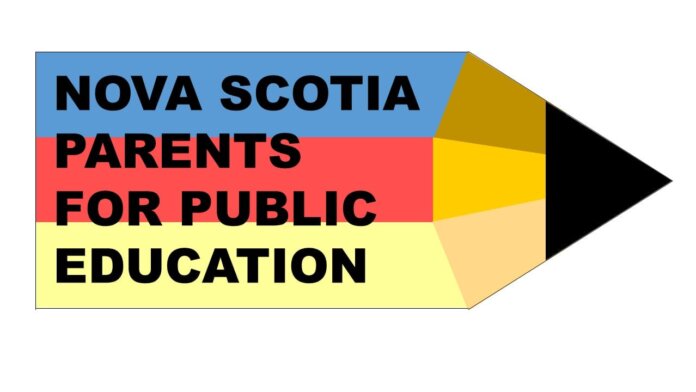 The following is a news release submitted by the N.S. Parents for Public Education

HALIFAX: Nova Scotia Parents for Public Education has serious questions about how the decision-making process for recent school closures in the Halifax Region, and why some schools aren’t affected.

Stacey Rudderham, a founding member of NSPFPE, is glad something is being done, but worries the actions don’t go far enough:

“Don’t misunderstand: we are very happy that the government has taken strong action on the lockdown in general, but I’ve gotten dozens of messages from parents who don’t understand the process or why their child’s school isn’t included,” said Rudderham.

She said the low community spread that protected schools before has broken down, and that many would prefer to see a full circuit-breaker situation in public schools, not a piece-meal approach.

“Four families of schools are now closed because of positive cases, but some were left out,” she explained, referring to a case at Mount Edward Elementary School, a feeder school to Prince Andrew High School. “We don’t even know who to ask about these decisions. I don’t have a school board member I can email or call. Questions to the schools are referred to the Region, and no one responds.”

Rudderham points out that schools don’t exist in isolation from each other.

“If a child with a case is on a bus, that bus also picks up students who travel to other schools. Has anyone considered aerosol transmission and that the windows stay closed on days like today?” she said.

Scott Hyland, an elementary school parent, doesn’t understand how his son’s school can be closed, while neighbouring schools are not.

“My child spends a week with me, walking to school, then he spends a week with his mother in another community where the schools are open,” he said. “As careful as we are, we can’t guarantee that he isn’t carrying the virus back and forth.”

Hyland also explains that friends work in schools that are closed, while those children go to schools, and vice versa.

“Just because we haven’t had transmission in schools so far, that doesn’t mean it isn’t possible. Are we waiting for it to happen before we do something? I don’t see how that makes sense when we’ve seen the fallout in other provinces.”

Among the questions being asked by by parents and NSPFPE:

– Where are the decisions made: Public Health, Regional Centres/CSAP, EECD?

– Why are certain families of schools closed for cases, while others are not?

– Why weren’t the closures applied more broadly, i.e., all of Halifax region?

– Why hasn’t action been taken to protect the Eastern Zone where there are also clusters of cases?

– When schools are so interconnected within and across communities, how do some schools get closed, while others remain open?

– Why is the interrupter not region/province-wide?

– Do they have plans to reduce the waiting times for testing, especially to accommodate those with special needs?

– Are students, staff, and parents at affected schools being prioritized for testing?

– How are closures being managed where someone with a case is sharing buses with other schools?

– If a child has a case, can their siblings still go to school? If that parent is a teacher, do they still go to work?

– What do we know about rotational workers and their ability to isolate from their families when they return to the province?

– Are there further considerations for setting up a quarantine hotel at points of entry to protect Nova Scotians?

– Who is accountable for the communication, especially since school boards have been dissolved?

– Were families of students in PP – 3 given time to acquire masks? Is EECD providing any, as they did for older grades back in September?

– Why aren’t teachers being given the option to work from home? Aren’t the people making the decisions largely working from home?

– Why aren’t all schools in the lockdown area closed?

– What are the Public Health directives for masking on playgrounds?

– Why can my child be in school with 30 children, but can’t go to a birthday party?

Nova Scotia Parents for Public Education was started in 2016 by parents concerned with the government’s deteriorating relationship with teachers.

They have almost 18,000 members on Facebook, and use their platform to promote and protect public education.