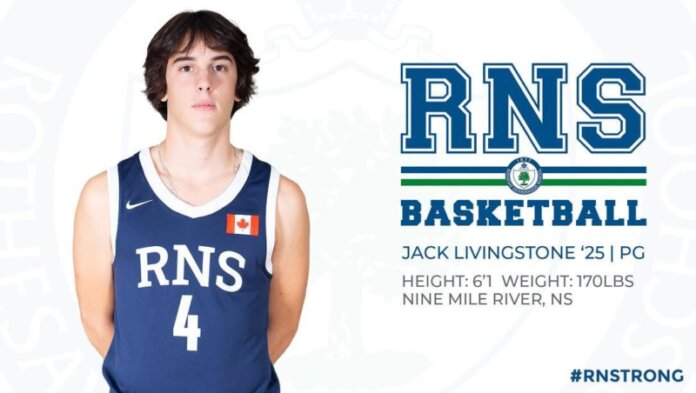 SAINT JOHN, N.B.: A Nine Mile River basketball player is contributing on both ends of the court for his prep school basketball team.

Jack Livingstone, who is in his rookie season with the Rothesay Netherwood prep school team, is showcasing his skills on the court with the team.

In the young season with Rothesay Netherwood, who competes in Maine and Mass. Area prep school basketball tournaments, he is averaging 2.0 points per game.

Livingstone scored two points as Rothesay Netherwood closed off their tournament play Oct. 30 with a 95-67 loss to Dynastie Nationals.

All the tournament games were played at College St-Jean-Vianney.

Owen Smith leads the team with 17.8 points per game through the first five games so far.

In the regular season, Rothesay-Netherwood sits in first with a 3-2 won-loss record among the Division 1 teams.