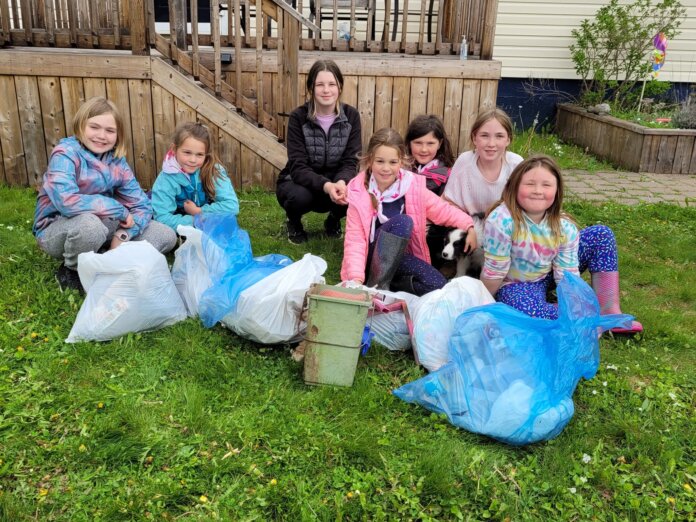 ENFIELD: Litter lost the battle on the weekend to some 2nd Tri County Sparks.

The unit, led by Leaders Diana Stead and Kate Sanderson, held a litter clean-up in the Alderney Drive subdivision in Enfield.

The girls collected eight bags worth of groceries and one bag full of recyclables from their one hour or so worth of picking up litter.

Stead said the girls understood why they were doing the cleanup.

“To help our communities and planet and because Girl Guides are known for being good community-minded citizens,” she said.

Becca Cox was one of the Pathfinder helpers that assisted, while Girl Guider Norah Stead and Brownie Sadie Stead also contributed.