NORTH NOEL ROAD: It took two extra innings, but Clark’s Harbour prevailed over the host Hants North Jays in the U-11 A Tier 1 Baseball N.S. provincial championships, held at Findley Park on Aug. 27-29.

Hants North kept it close, but it was Clark’s Harbour scoring the winning run in a 7-6 victory before the Jays home fans at the fresh looking new diamond in North Noel Road.

The Laker News was there for some game action between the Jays and Kentville. Here are game shots we snapped:

The opening ceremonies were held on Aug. 27 after the Jays first game. It had the teams–Clark’s Harbour; Kentville; Hants North; and Yarmouth–piped in, followed by short speeches from local representatives.

Among those to speak were Kings-Hants MP Kody Blois, who threw out the first pitch, along with PC MLA-elect John MacDonald; Municipality of East Hants councillor Wayne Greene; and Warden Eleanor Roulston.

After the speeches, it was play ball for the next game.

The game results were as followed: 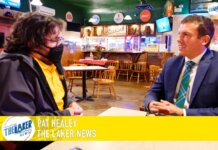 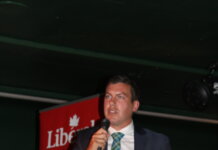