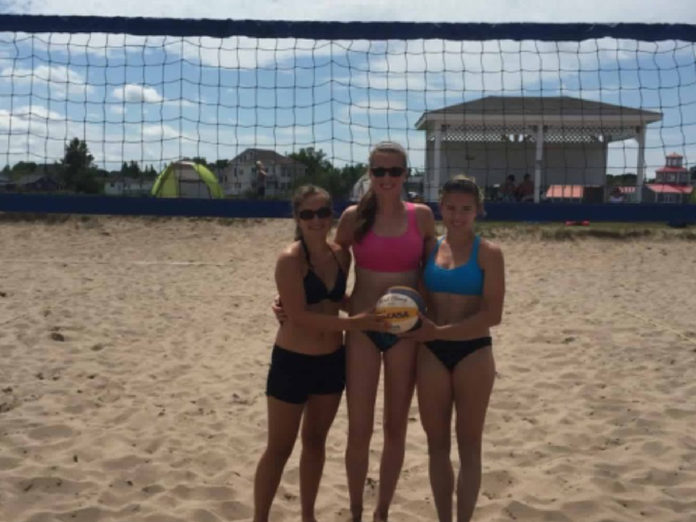 Britney Plume of Fall River and Chelsey Sponagle of Hammonds Plains; Marissa Macaulay of Truro, but living in Fall River and partner Kathleen Underhill of Halifax; and Waverley’s Tori Haworth and teammate Micaela Sabean of Bridgewater all head to both tournaments holding the top spots in their respective divisions. Kenzie Brimicombe of Waverley and Megan MacNeil of Hammonds Plains will also be participating at both competitions.

Plume, who attends Lockview High, said her and Sponagle have been training twice a week and that hard work is starting to pay off.

“We’ve been improving with every tournament we play in and practice that we have,” she said. “We’re just really happy with our season right now.”

She spoke about what it means to be going to the nationals in mid-August.

“It’s really cool to be going to them,” said Plume, 16. “We’re both (Plume and Sponagle) excited for it. I think it’s cool for us to be the only U-16 team from Nova Scotia that is going.”

Plume is in her fourth year of playing beach volleyball. She explained why she started in the sport.

“I just began playing to get more touches of the ball,” she said.

She said playing beach volleyball isn’t simple. It brings a different strategy and dimension than what indoor volleyball does.

“In beach volleyball it’s more of a mental game. You need to place shots around your opponents and get in their head,” she said. “You have to pick which player is the weaker one. You have to be strong mentally rather than physically.”

Macaulay said her team has done well, considering they’re playing in the senior division at tournaments and not U-18.

“In Parlee Beach, we played in the U-18 division and we did really well,” she said. “We came home with gold. That’s a good start.”

She said getting to go to nationals will be a fantastic experience.

“To see other teams from across Canada, especially with the teams from out west they have some great teams,” said Macaulay.

She said being in first her and Underhill know they’re the target of other teams behind them.

“It gives you confidence to be there, but to keep there you can’t underestimate other teams,” said Macaulay.

Plume said to stay in top spot her and Sponagle will have to rely on their practices. They understands going hard is the only way they will get better and stay where they are.

“We just have stay strong and keep focused when we play and not get down when they get a couple points on us,” she said.

At the Beach Volleyball Atlantics on Aug. 7, Haworth and Sabean captured gold in the senior women’s division; Macaulay and Underhill also came home with gold from winning the Under-18 division, while Plume and Sponagle came second in the Under-16.
Brimicombe and Megan MacNeil of Hammonds Plains were fourth in Under-18.
The national Beach Volleyball championships took place Aug. 18-20, where Haworth and Sabean won silver.