MILFORD: East Hants Soccer has become known as the Quad of Gold after the past two weeks of provincial hardware.

Following up on the success of the U-18 boys and girls teams at their Soccer N.S. Provincials at the East Hants Sportsplex Fieldhouse Dome, the boys and girls U-15 teams added to the club’s golden results winning their respective provincials.

The U-15 provincials were held at Hants East Rural High in Milford and in Stewiacke.

Last weekend saw many former coaches cheering from the sidelines, along with EHSC alumni in their old East Hants jerseys clapping and carrying on, and many U-18 players back out on the soccer pitch, albeit the sidelines rooting their friends and fellow U-15 players on for the championship.

The boys defeated Dunbrack 6-2 on the backs of a hat trick by Aidan Oldrieve. Single tallies were credited to Zach Gillis; Cody Turner; and Gabe MacNeil.

No goalie info was available.

On the season, the boys had an unblemished 12-0-2 (won-loss-ties) record, and three of the top five league scorers.

For the girls, it was a closer, nail-biting game for many in the crowd against Halifax City, but East Hants pulled off the 2-1 victory.

Ashlyn Barbrick and Liera McBurney had the goals for the host club in the championship win.

No goalie info was available.

Overall, the girls had an undefeated season going 18-0-0 and had the top two scorers in the league in Josie Thompson and MacKenzie Snow.

Rob Thomas, president of East Hants Soccer, was still on Cloud Nine a couple days after a second weekend of double gold for teams with the club.

“This has been an unbelievable season for East Hants Soccer, with our competitive teams bringing home an unprecedented four provincials championships,” said Thomas in an interview. “We’ve had the good fortune of having a dedicated group of volunteers, both at the coaching, managing and board levels, without whom none of this would be possible.

Thomas said based on the overwhelming success of this summer season and the continued development of East Hants soccer players, EHSC is considering making the leap to the next tier, and potentially entering AA soccer teams this winter.

Any players interested should reach out to their Technical Director by email at: georgeshawn@hotmail.com .

He said both U15 squads stepped it up when crunch time came.

“Both these teams have skill and heart that goes beyond the field, with many of the players also volunteering their time as Junior Coaches for our U-5 and U-7 programs,” said Thomas.

“These players not only spent hours on the pitch honing their own skills but took the time to help develop our youngest stars. Without their dedication we wouldn’t be able to offer the programming that we do.”

Thomas said East Hants soccer might not have the availability of some city teams, but their four championship wins in a two week span definitely sent a message.

“We may be considered a rural club, but this season has proved East Hants knows how to grow soccer players,” he said. 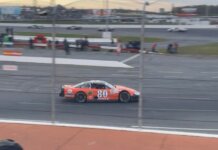 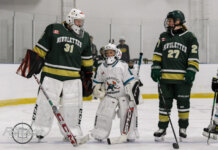 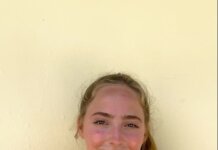 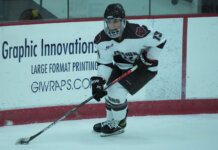 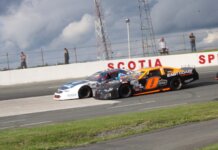