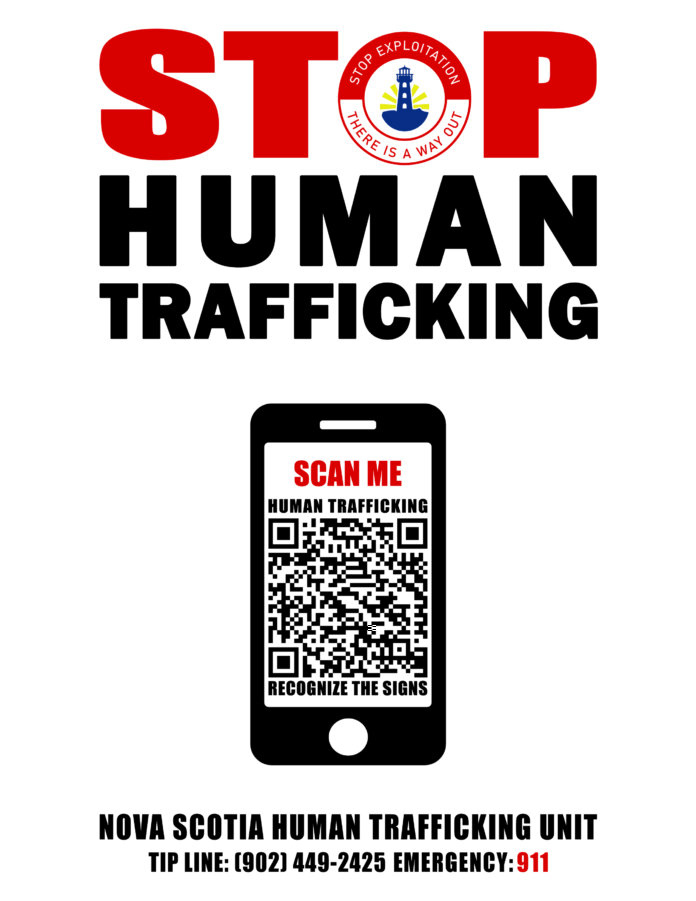 DARTMOUTH: A new tech approach aims to provide direct access to information on how to recognize the signs of Human Trafficking and report it.

In a release, RCMP say a quick response (QR) code launched recently will provide direct access to information on how to recognize the signs and report human trafficking in Nova Scotia. The QR codes are included on posters and stickers that will be distributed throughout the province.

The initiative is being led by the Provincial Human Trafficking Unit and is funded by the Nova Scotia Department of Justice.

Cpl. Chris Marshall, spokesman for N.S. RCMP, said the QR Codes can be scanned quickly and unobtrusively and will provide rapid access to resources on human trafficking and contact information to report suspected cases, including the Nova Scotia Human Trafficking tip line, 902-449-2425. The tip line is monitored 24/7 by an investigator in the human trafficking unit.

In cases or emergency or concerns for safety the public is reminded to report these situations to their local police or through 911 to obtain immediate police assistance.

Recognizing the signs of human trafficking

Someone might be a victim of human trafficking if they:

*It is possible that victims might not recognize they’ve been recruited into human trafficking and are now in a dangerous situation.

“Human Trafficking has been hiding in plain sight in our communities for many decades,” added Charlene Gagnon – Manager, Advocacy, Research, New Initiatives and Home for Good, YWCA Halifax. “We must see it and name it before we can respond to it effectively.”