LANTZ: The roundabouts at the Lantz Interchange have created some confusion amongst motorists.

Several people who have driven the roundabouts since it opened contacted The Laker News to see if we were aware if the Department of Public Works or East Hants RCMP would be doing any educational awareness regarding them.

As it is a Department of Public Works piece of infrastructure, we contacted them to see if they would be.

We were told by Deborah Bayer, spokesperson with the department, that at this time they would not be doing that, however if they did, we would be contacted.

Bayer also gave us some tips on driving in a roundabout, that for those of us who have used them in the past were known.

“Traffic inside the roundabout has the right-of-way,” said Bayer. “That means that if you are in the roundabout, you do NOT stop to let other vehicles enter.”

For more information, go to https://novascotia.ca/tran/roundabout/roundabout.asp

VIDEO: Here is a video taken by Dagley Media as he took the Lantz roundabout recently, and did miss the turn in the second roundabout because of being in the wrong lane.

At least two of those of the eight that contacted us said they were in near collisions with other drivers because those drivers were not in the proper lane and came over into their lane and never signalled.

Others who contacted us said they understand that many residents might find them intimidating or not be used to them and suspected those motorists would get adjusted to their ways the more they used them.

We shared this more as an informational awareness piece for our residents. 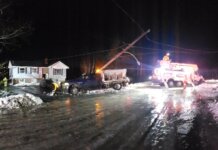 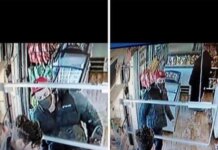