MILFORD: A 26-year-old Truro man has been charged with impaired driving after police received reports of an erratic vehicle along Highway 102 near Milford.

“Police were told the driver was struggling to maintain his lane, hitting the yellow lane and the gravel,” said S/Sgt. Bushell. “The car was quickly intercepted by members and pulled over.”

During the investigation, the officer detected the driver was impaired. The driver was ordered to conduct a road side screening test which he failed.

“This resulted in his arrest and transport to the Enfield Detachment where breath samples were obtained and confirmed he was impaired by alcohol,” he said.

S/Sgt. Bushell said the drive was charged and released for court at a later date. 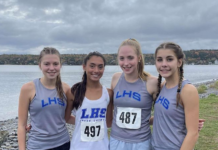