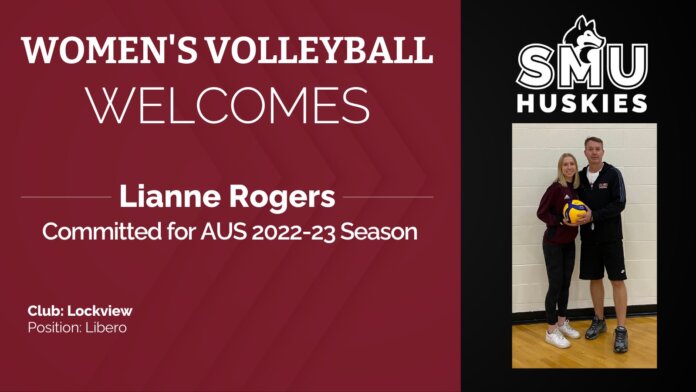 WELLINGTON: Since Lianne Rogers was a little girl beginning the sport of volleyball, she has only ever wanted to wear the Maroon and White of the Saint Mary’s Huskies. Now, that dream has become reality.

The Huskies women’s volleyball team officially announced the signing and commitment of Rogers, a Wellington native, to the Atlantic University Sport (AUS) squad beginning in 2022.

“It’s something I’ve been working forward to forever, so I’m super excited about it and just happy to go to the school that I’ve been wanting to play with,” Rogers told The Laker News in an interview at the Fall River Tim’s recently. “I just feel it’s going to be really good fit for me.”

She admitted her eyes were only on playing with SMU, and anywhere else was not even on her radar.

“Pretty early on I sent an email to the coach,” she said.

Her yearning to be a Huskie began after attending a SMU volleyball camp when she was about eight years old.

“I used to do the SMU camps when I was younger and that’s how I figured out that I wanted to play for them,” said Rogers. “It was the girls volleyball team that used to coach the camps and I was like I want to be like those girls one day.”

She was invited to come practice with them this past summer. It allowed her to gauge what work lays ahead.

“I got to get some training in and just kind of see what it was about,” she said. “It was really fun and good experience.”

Rogers will be taking the social justice and community studies program. SMU is the only school in the Maritimes that has that program, one Rogers has had her heart set on for some time. So that was another thing that sealed the deal on studying just 20 minutes from home.

“I’m really happy about that and just also being home and being able to see my parents a lot,” said Rogers.

What was the reaction of her friends to her SMU news?

“They are super excited for me,” she said. “As soon as I knew I told my best friends and then I had to keep it a secret.”

She knows she has a lot of work ahead to make the adjustment needed to the AUS game but is ready to do what it takes.

“It’s definitely a huge transition,” said Rogers. “I definitely do feel like I’m going in like terrified, but also like at the same time my expectations are just to go and work as hard as I can and just get better in my first year. I don’t have any expectations for anything in the first year it will really be about getting the experience.” 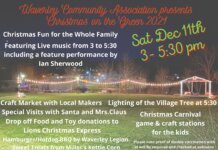