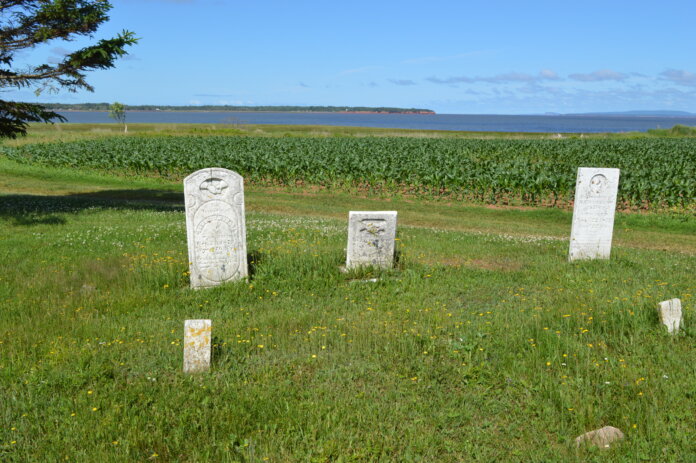 This piece is the first in a series looking at

Have you ever found an abandoned cemetery in the woods? The East Hants Historical Society has been actively working to document as many cemeteries in East Hants as possible. This project dates back to the 1980s.

Each cemetery is visited and photographed, which allows for the records to be kept for interested genealogical research. This is a project I have been a part of for several summers now. Alongside other student employees and fantastic volunteers, we have been able to locate nearly 100 cemeteries in the Municipality of East Hants.

The records are kept at the museum in Lower Selma during the summer months, and normally would be accessible through the winter at 70 Park Street in Elmsdale.

Here family members can inquire about the burial grounds of their ancestors and be pointed in the right direction. While this project is one that is a work-in-progress and will continue to be updated, we do not have all the answers. It was common tradition to be buried on the property that the family lived.

When church cemeteries opened, the small family burial grounds became less used. The exception was in times of pandemic, when bodies would be buried as quickly as possible to prevent the disease from spreading. This is why so many small cemeteries are off the beaten path and near property lines.

In East Hants you will find the burial grounds for a US senator, the well-known William D. Lawrence, mine disaster victims and everyday heroes and loved ones. Late in the 2020 season, we were able to visit a cemetery in Milford Station, which was the burial ground for a board member’s 6 times great grandmother.

I have been in all the known cemeteries in East Hants, with the exception of 3. I want to take this time to personally thank the landowners and volunteers for leading us to so many cemeteries this summer. It is beyond appreciated that this history can be remembered and so carefully documented. I personally have seen the value in this project from when I was a guide at the museum.

A woman visited the museum in the summer of 2017 from the United States. Her ancestors were members of the McKenzie family in the Selma/Maitland area, and she had been searching for Daniel McKenzie’s resting place. Her family in the US had been hunting for years to find him.

With our records we were able to tell her where in Maitland he was buried and the condition of the stone when it was last documented. I watched her eyes swell with tears as she realized this was her Daniel McKenzie, this was her missing puzzle piece. This information matters to people world-wide, and we only have a small role in the process.

We need your help! Do you know where any cemeteries are that we could have missed? There are large gaps in our cemetery plans, especially in Mount Uniacke and Lakelands.

Reach out to me at holly.hanes@dal.ca or call 902 – 890 – 7619 with some geographic points for reference and we can check if it’s one we are missing. We want our records to be as complete as possible for the next generation of researchers.