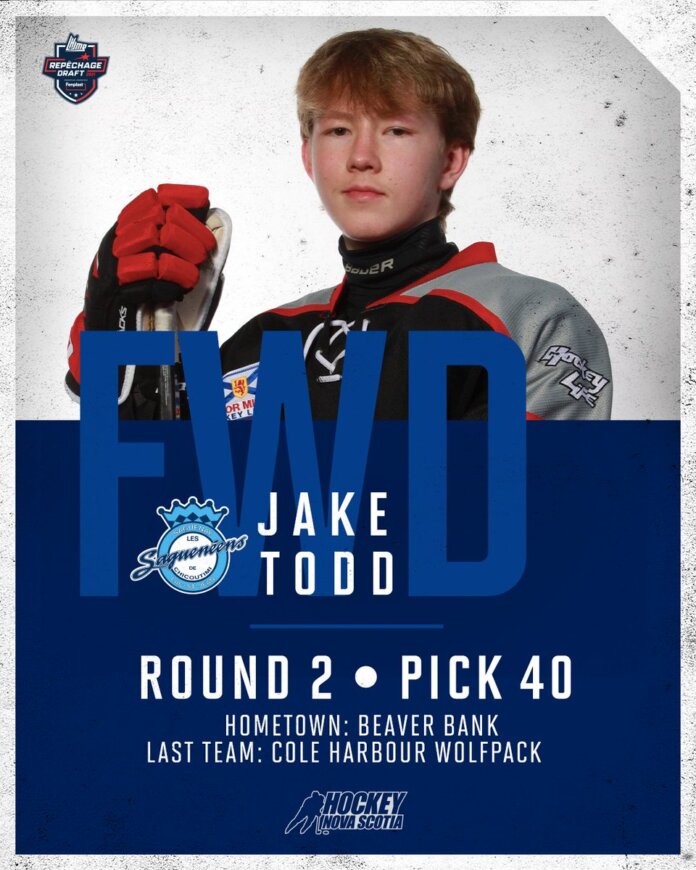 Devon Francis, a forward with the Sackville/East Hants Kings U-16 Hockey team; Jake Todd, who suited up for the Cole Harbour Wolfpack in the NS U-18 Hockey League; and Blake Pilgrim-Edwards, who played with the Steele Subaru in the N.S. U-18 hockey league were all picked.

Todd was taken early, with the 40th overall pick in round two by the Chicoutimi Sagueneens.

According to Elite Propsects, he had 16 goals and 45 points in 29 regular season games for the Wolfpack this year. He supplied three assists in three post-season games.

Elmsdale’s Pilgrim-Edwards was drafted to the Cape Breton Eagles in round 12 with pick 203.

According to Elite Prospects, the left-winger had five goals and eight assists in his rookie campaign in the N.S. U-18 league. He also had 14 penalty minutes in the 29 games played.

During post-season play, Pilgrim-Edwards racked up four assists and five points in four games along with two penalty minutes.

Francis was taken in round 13 with pick 230 by the Quebec Remparts.

According to Elite Prospects, this year he had 13 goals and 19 assists in 19 games played with the Kings, while recording one goal and four assists in six games when called up to the Halifax McDonalds U-18 club.

In the playoffs with the Kings, Francis, the younger brother of Calgary Flames prospect Ryan Francis of the Saint John Sea Dogs, he had five goals and five assists in eight games played with 20 minutes in penalties.