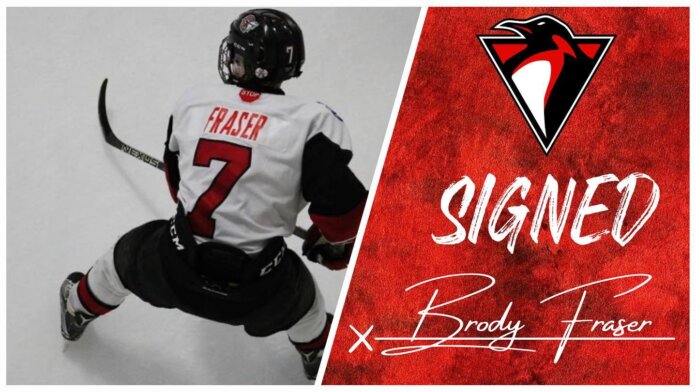 NINE MILE RIVER: A hockey player from Nine Mile River will be lacing up the skates locally after a signing this week.

Fraser is fresh off a season of fast pitch in the Shooters Bar & Grill Fast Pitch league where was named top pitcher recently based on his outstanding stats. He also earned regular season MVP honours.

The Major Bantam Rangers alum registered 13 goals and 15 assists in 29 games with the Cole Harbour Wolfpack of the N.S. U18 Major Midget Hockey League in 2020-21 season. He also had 26 penalty minutes.

Overal during his time with the Wolfpack, he had 98 points in 93 games played.

The six-foot-one, 225 pound forward is expected to add to the offensive prowess of the Pens.

Fraser was drafted by the South Shore Lumberjacks with the seventh overall selection in the first round of the 2019 MHL Draft. His MHL rights were acquired by the Yarmouth Mariners in a June 202 trade.