This Column is brought to you by:

INDIAN BROOK: Here is a look at how many calls are local volunteer fire departments responded to in the month of September.

Milford Fire had eight calls, with three of those being in their own district. They also had five mutual aid calls, two to Shubenacadie, and one to each of Stewiacke, Elmsdale, and Indian Brook.

Rawdon fire had two calls in September, both were mutual aid requests to Gore Fire.

Kennetcook Fire had no calls for the month of September.

For Shubenacadie fire, they responded to nine calls, led by four fire alarm activations. They also had one motor vehicle collision on Hwy 102; two mutual aid requests for mvc’s; one rubbish call; and one fuel fire.

For Elmsdale Fire, they had seven calls with two fire alarm activations leading the tally. They had one vehicle fire; one investigation call; and one structure fire call.

Stewiacke Fire responded to seven calls, including three motor vehicle collisions and two fire alarm activations. They also had one debris fire and one structure fire where there was loss of two dogs and possibly a cat.

For Nine Mile River fire they had four calls, responding to one each of a fire alarm; a mutual aid request; a car fire; and an MVC.

Enfield Fire had nine calls in the month of September, led by four motor vehicle collisions. They also had two alarm activations; one other call; one mutual aid request; and one brush fire.

Uniacke & District Fire attended to 10 calls over the 30 days of September, with that tally led by three fire alarm activations. They also were paged for two motor vehicle collisions; two mutual aid requests; one car fire; one brush fire; and one other call.

This column is brought to you by: 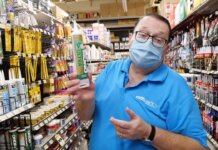