HALIFAX: Flags at schools province-wide will be lowered to half mast for nine days to honour the lives and memories of the 215 children whose remains were found buried at a residential school in Kamloops, British Columbia, and all of the others who lost their lives in Canada’s residential schools.

Derek Mombourquette, Nova Scotia’s Minister of Education and Early Childhood Development, said the discovery of the remains of these children is a tragedy, but hopes this will be a catalyst for greater reconciliation, especially through Treaty Education.

“My heart broke when I heard the news about the children in Kamloops,” said Mr. Mombourquette. “As a father, I can’t imagine the pain of those families.

“As a Nova Scotian and a Canadian, I know that we need to do more to fight racism and honour our commitment to reconciliation with Nova Scotia’s Mi’kmaq and Canada’s indigenous peoples.”

Treaty education is underway in the province’s education system thanks to a Treaty Education Memorandum of Understanding signed between the Nova Scotia government and Mi’kmaq Chiefs in 2015.

The province’s treaty education framework aims to build elements of treaty education into the curriculum of each grade to lead to a better understanding of the Mi’kmaq, treaties, relationships, and reconciliation.

Treaty and Mi’kmaq education has been co-constructed with Mi’kmaq partners and is woven throughout the curriculum.

The department, in partnership with the Mi’kmaq Education Services Branch, will continue to work with government departments, Regional Centres for Education, Conseil scolaire acadien provincial (CSAP), teachers and principals to advance the work of treaty education and to realize the reconciliation commitments. 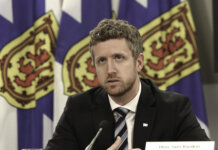 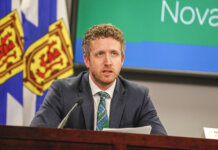 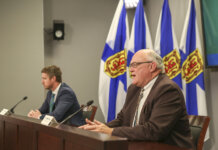