HALIFAX: Voters will soon have certainty on the timing of future provincial elections.

Amendments to the Elections Act will set July 15, 2025, as the date of the next general election, with future elections to take place on the third Tuesday of July every four years.

The province will finally join the rest of the country in having a fixed-date election law.

“Nova Scotian voters need to have confidence in their electoral system,” said Premier Tim Houston. “Having a fixed date will mean predictability, transparency and it will limit any perceived advantage by the government to control the timing of the next election.

“The changes we are proposing will also allow Elections Nova Scotia to better plan for future elections, which can result in significant cost savings.”

The amendments also provide the chief electoral officer with authority to choose an alternative date if the legislated election date conflicts with a civic or religious holiday or overlaps with a federal or municipal election. The governor-in-council will be able to order that the election take place on the new date.

The changes to the act will not affect the lieutenant-governor’s constitutional authority to dissolve the legislature at any time on the advice of the premier or if there is a vote of non-confidence in the government in the legislature.

Quotes:
“I am pleased with the introduction of fixed-date election legislation, I support the choice of date and I appreciate the flexibility to choose an alternate date if necessary. This change will bring certainty to Elections Nova Scotia’s planning and budgetary cycles and improve the efficiency of our election readiness efforts.”
– Richard Temporale, chief electoral officer, Elections Nova Scotia

Quick Facts:
— amending the Elections Act to establish fixed election dates is one of the actions in the Justice Minister’s mandate letter
— Elections Nova Scotia recommended fixed elections dates in its 2009 and 2013 reports on proposed changes to the Elections Act
— every other province and territory in Canada and the federal government have fixed election date legislation in place; the majority have dates in October
— those election laws all have clauses that preserve the constitutional authority of the lieutenant-governor to dissolve the legislature, or governor general to dissolve Parliament, and prompt an election when necessary
— having a predictable election date may create about $500,000 in operational savings for Elections Nova Scotia, and make it easier to attract election workers and secure accessible polling venues more efficiently

Additional Resources:
Mandate letter of the Minister of Justice: https://novascotia.ca/exec_council/letters-2021/ministerial-mandate-letter-2021-AG-DOJ.pdf 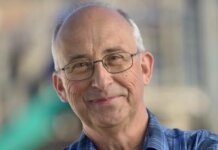