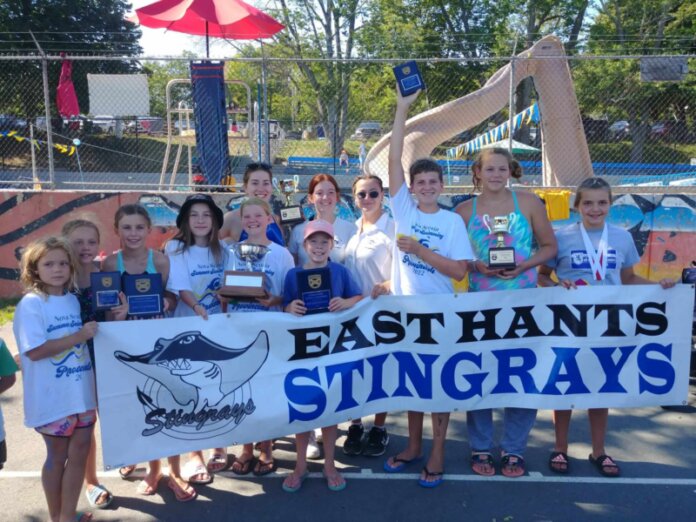 Two Stingrays were named to the provincial All-Star team.

All this with one season under their belts at the new East Hants Aquatic Centre in Elmsdale.

Although the Stingrays have been part of the community for 20 years or so, they haven’t been together as a team since 2019 (pre-COVID).

Since late May, they have assembled a new board and a team of 23 swimmers aged seven through 180-years-old. The team has been practicing daily at the East Hants Aquatic Centre for the past seven weeks.

“As our summer season has wrapped up with provincials we look forward to non-competitive fall, winter and spring swimming beginning in late September,” said Jessica MacDougall, President of the Stingrays.

She said the coaches are beyond proud and amazed at the swimmers success at provincials, especially since many were rookies to the sport. That helped the team earn Most Improved.

“We came in as a small team (the underdogs, if you will), but proved we were worthy with spirit & skill,” said MacDougall.

“Community pride and added support has grown since provincials success, growing our team to double it’s size for the fall maintenance training season,’ she said.

For those interested in more on the Stingrays, check out their Facebook page “East Hants Stingrays Swim Team” or reach out to east.hants.stingrays@gmail.com. Outside of summer they will be offering fall, winter, and spring programming for two hours per week at the East Hants Aquatic Centre. 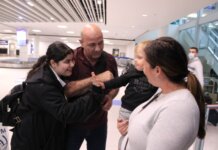