He said the incident took place on Hwy 354 in Kennetcook.

“The driver, a 49-year-old Kennetcook man, was given a road-side screen test to which he blew a warn,” he said.

He said as a result, the man was given a seven-day suspension and his ATV towed. 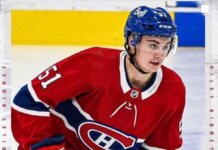